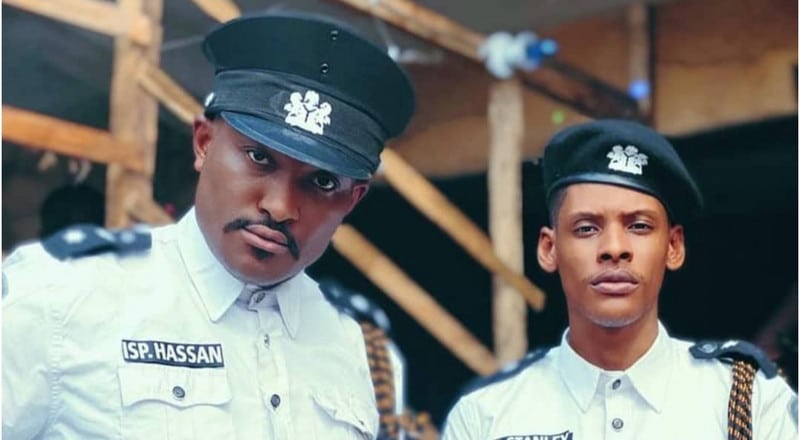 Seyi Babatope’s ‘Sanitation Day’ did not achieve many things the Director had in mind while writing and filming the movie except one. Meanwhile, because this reporter had been subjected to close to 2-hours of trying to understand the many splinters of this film, the only thing the film was able to accomplish will be held till the last paragraph of this review. You would wonder what Babatope who wrote the story himself and share screenplay credits with Temitope Bolade and Eche Enuwa, was thinking. Certainly not a claustrophobic film with disjointed themes and a complicated screenplay.

It’s the last Saturday of the month, a day for communal cleaning, in the ‘face-me-I-slap-you’ house of Baba Risi portrayed by veteran Adebayo Salami – who seems to be the latest Nollywood 2.0’s favorite choice for elderly ghetto characters on the big screen. However, beyond the cleaning, a dead body has just been found and nobody seems to know the dead young man. Men of the ‘Police Department’ – a fictional police force – Inspector Hassan and Inspector Stanley essayed by the dependable Blossom Chukwujekwu and newcomer, Elozonam Ogbolu had to be called upon to find the murderer.

Thence, the movie swingles from one character to the other with the gaze of the two police officers who were seemingly trying to find out who committed the murder. Until the last twenty minutes of the film, the screenplay drags you along with itself, only to inject a new twist at the least expected moment. Apparently, there was no murder. It’s not a whodunnit. It’s a heist and almost all the characters were roleplaying.

Noteworthy is the subtheme of ethnic bias which the film explores. However, everything else after that is designed to pull a fast one on you. The story moves from identifying the murderer to revealing a grand plot to cart away cash from a contractor’s – Elvina Ibru – apartment. The amount was said to be enough to win a Nigerian election. A hitch-free plan was hatched a year before the heist was to hold. As a story, he sounds enticing but Director Seyi Babatope failed to visualize the intrigue of this complicated story. He grapples with it and it falls out of his hands.

‘Sanitation Day’ wastes an impressive lineup of cast with its byzantine story. There wasn’t so much they could do with a non-linear narrative that holds no bare in leaving the audience with a distasteful memory after 105 minutes.

Blossom Chukwujekwu as Senior Inspector Hassan did his best with his silent gazes and numerated dialogues. He is crafty and it’s easy to think he has something up his sleeves. The character however betrays the authority expected of his office. Meanwhile, the screenplay gives him little to no depth, enough to explain this laxity. He took a long while for him to mouth, “your insubordination is becoming annoying” to his junior officer, Stanley, whose grandstanding in solving the supposed ‘murder case’ at hand, truly started off as annoying but ended up as amusing.

Stanley is young, smart, and suave. He’s hot-headed, opinionated, and impulsive. He would slap life out of a certain character rather than offer CPR. When Babatope’s story gets messy and chaotic, he would fire his gun to reset the atmosphere. According to him, that’s his way of restoring some ‘semblance of sanity’. He’s also quite tribalistic and prejudiced. He thinks that for a Suya-selling Mallam; being found at the crime scene with the object of murder is enough to pin the murder on the Hausa man.

At a point, uncomfortable with the sight of the Mallam, he yelled, “take this one away before I do something stupid”. However, Stanley is unarguably the best-written character of the film. And there’s something about Elozonam that makes it easy for him to embody and accentuate the depth and essence of the character.

Worthy of mention is Nse Ikpe-Etim, whose role as a ‘Madam’ and owner of a beer joint might seem ordinary. However, mouthing her dialogues in Efik language was a delight to watch. It elevated the positioning of her character which would have been hitherto spineless and unimpressive.

It’s tough to imagine the brief Babatope gave to the Director of Photography, Solomon Essang. Every scene of the film save for a couple towards the end was covered with heavy patches of darkness. It feels understandable if Essang intends to underscore the claustrophobia of ‘Baba Risi’s jumbled and spasmodic apartment but this was taken too far. It would make you cringe. At the scene of the planning of the heist, you could barely make out the faces of the characters. This snatches away whatever pleasure is left of the film after its convoluted narration thereby altering the entire viewing experience the movie could offer.

Babatope fondled with the whodunnit subgenre for the most part of the film albeit without the subgenre’s defining grim and intensity. Whodunnits as a narrative structure have an expansive adapting palette. It can be morphed to tell a thriller, horror, mockumentary and even a comedy. What would however stand out in whatever the subgenre morphs with is the retainment of its grabbling intensity. Whether in the gritty 1997 Curtis Hanson’s ‘L.A Confidential’ or the more recent, broadly comic, Adam Sandler-starrer, ‘Murder Mystery’, the distinguishing elements of the narrative structure hugely reflects.

However, ‘Sanitation Day’ defies this rule. The story isn’t moving. You barely felt the urgency to solve the murder case for which Inspector Hassan and Inspector Stanley had been invited to resolve. As they run in circles at the murder scene from one character to the other, the sluggishness of the story hits you. Nonetheless, just as soon as you reset to make peace with the pace of the film, the writers puncture your trip with inane twists. It’s that complicated. When Ajala, played by the enigmatic Olakunle ‘Abounce’ Fawole says about Tobi Bakre’s character that, ‘this our guy likes it complicated’, it feels like a jab at the Director of the film, Babatope, himself; which could be a good thing. However, this story does not have the zest to shoulder this labyrinthine screenplay. The film crumbles under its weight, therefore, ruining the cinematic experience.

In an interview, in the runup to the release of the film, the Director has said, “In the past, people have accused me of making pretty looking films saying who is that American sounding person that make effizy tush films that doesn’t connect with regular people. I was like cool, that was an honest criticism. So, Sanitation Day checks this box and I can’t wait for people to see it and give me their feedback.” So, this only is what the Director has successfully achieved in this film. Now, that he has ticked this off his bucket list, we will hope that he goes back to making his ‘effizy tush films’ because ‘Sanitation Day’ leaves no gripping impression. It’s forgettable at best. 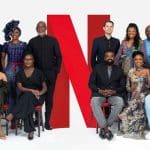 Nollywood and Netflix: How Long Will This Moviemaking Romance Last?
Next Article 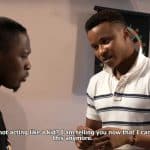