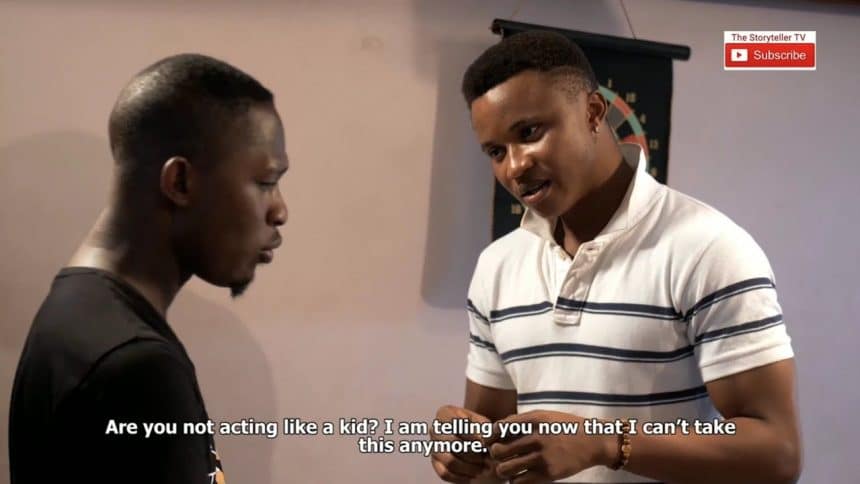 More known as Segbowe, his role in the popular TV sitcom, ‘Awon Alaadun De’, Akinola Akano is an actor, scriptwriter and producer. The actor who has featured in prominent television productions including ‘Hotel Majestic’ and a brief stint in ‘Tinsel’ spoke to TFC about the challenges he faced in his come-up days and how that shaped his acting career.

What was your first introduction to acting?

I can’t really trace my first introduction to acting because I can say that I have started acting since I was a child. But professionally, I started acting in 2013 and that was when I was serving in Benue. I came home shortly to play the lead character, Gbemi, in a friend’s TV series titled ‘Goddess of Pearl’. Unfortunately, the series never saw the light of the day because we were just trying to do something as very young filmmakers. But, if you ask me about a production that I was paid for, I will say ‘Tinsel’. I played a role in Tinsel, though it was a small role that lasted for about a day and then in ‘Hotel Majestic’. These two productions are M-Net’s productions. So, those are my first two introductions into acting professionally.

From acting in a friend’s production to being featured in impressive series like Tinsel and Hotel Majestic, it seems like you had a smooth ride into the film and TV industry. How correct is that notion?

No, it was never smooth.

So at what point did you become convinced that you were meant to do this?

I have always wanted to be an actor since I was a child. I’ve always found myself in the midst of actors; in church as a drama minister and all that. I could see vividly when I took up this profession that this exactly is what I was meant to do. But it became clearer when I was in Tai Solarin University of Education. I was one of the prominent drama ministers in church and even in my department, English Studies. So I can say when I was in school between 2008 and 2012. Those years were the years of me making decisions that getting out of school, I was going to be an actor, scriptwriter, movie producer and everything entertainment.

What or who were the earliest influences on your acting career?

Well, I would say the zeal to be a very successful actor came off looking at my role model; not just as an actor but also a scriptwriter and a film business mogul, Tyler Perry and looking at some other actors like Jackie Chan and Will Smith. These people influenced my zeal and passion to succeed in this field. And then the experience I’ve gone through in life as a child also influenced my acting career in one way or the other.

You produced a short film in 2015 titled ‘Issues’. Looking back at it, 5 years after, you might want to agree that it was pretty amateurish but what would you consider the significance of that production while you were at it then?

Okay. In 2015, I produced ‘Issues’ and uploaded it on YouTube. Then, I just wanted to do something about what I was going through. Truly, in ‘Issues’, I was that guy looking for a job because at some point, I was so beaten by frustration that I had to look around for jobs because acting jobs weren’t coming like that. I’d gone several months without securing an acting gig. Though I wouldn’t drop my filmmaking career for anything; however, I was also looking for a side hustle. I was very broke and it inspired me to write ‘Issues’, my first film. Although, we went about the production very amateurish because we were just starting then but you wouldn’t blame us. We just wanted to do something. Around the time that I produced ‘Issues’; the case of suicide was also very rampant. I just have the belief that whatever you are facing, a lot more people are facing the same, perhaps even worse. So, I wasn’t just preaching to other people, I was also preaching to myself. And to say that it was amateurish, I would agree but we were just starting out but thank God we are not where we used to be.

Tell me how you bagged the role of ‘Segbowe’ in the series Awon Alaadun De?

I bagged the role of Segbowe in Awon Alaadun De through an audition.

Your character arc in that series is quite intriguing to watch. How much of Segbowe can you relate with as Akinola Akano?

The role Segbowe is a next-door neighbor who comes into the house once in a while. He’s the friend of Junior, the son, in an average family. I could relate well to that character. However, it doesn’t necessarily mean that I, Akinola Akano, am Segbowe. But then, it’s make-believe. So I have to take on that character but that’s not me. It’s an everyday character. Maybe, unique in his own way but you can find people like Segbowe around you. He’s that next-door neighbor who comes around to eat your food, scatter the whole house, and brings in the street credibility so to say into the life of a ‘get-inside’ boy.

Let’s talk about the industry now. Do you feel any disparity against people of your ilk by virtue of being more known as a TV actor than in home videos or cinema?

Well, I can’t say that I feel much of that but I have had people question me on why they don’t see me in home videos. But my answer to them is we all start out from somewhere. And I can say Awon Alaadun De which is a TV sitcom introduced me to the audience but it doesn’t necessarily mean that I am not going to do home video or cinema. As a matter of fact, I have gone on to produce movies and also feature in several movies that are going to become home videos very soon.  It is only a matter of time. People have just appreciated what I’ve been able to do so far and hoping that they would see more of me on other platforms.

I’ve seen a couple of your movies and TV series. More often than not, you’re mostly playing a typecast role. Are there fears that you won’t be able to outgrow the grossly comic and mischievous youngster role and take on some challenging characters with more depth and nuance?

Well, I don’t see myself playing a typecast role. Perhaps, you ask this question because you’ve seen me more on Awon Alaadun De. I have not in any way played Segbowe in other productions. A couple of movies that I have produced are not even comic.  I have produced drama and some tragi-comedy. So, I won’t say I’ve played that role too often. About other roles, without blowing my trumpet, I would say I have been able to display my versatility. The role of Wale that I played in Omo Baba Landlord is different. Well, I’ve played the comic role Afinko in Iyaafin by Jaiye Kuti but it was quite different to be honest.

With the likes of Tyler Perry and Will Smith as role models, how fulfilled are you as an actor right now?

I’m happy doing what I love to do and I am still growing. That for me is the ultimate fulfillment.

What more are you looking forward to achieving in the film industry?

Akinola Akano will keep bringing some level of uniqueness to my works hoping that it gets bigger by the day. There is a lot I’ll love to do but then I’ll just keep acting and developing myself to get better and take the movie industry to the next level with my works. So, help me, God.

Are there new projects from you we should be excited about?

Yes, there are. However, some of my movies are still out there trending on YouTube. Teni Tika, Omorisa, The Witness, and a lot more. Some more productions are coming from me too. Knockdown and Flatus will also be produced soon. Knockdown is going to be the first comic production from my production company. So, you should expect something different very soon. 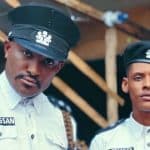 Sanitation Day Review: This Whodunnit-turned-Heist Collapses Under the Weight of its Own Complicated Inanities
Next Article 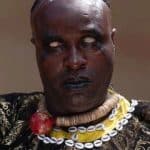