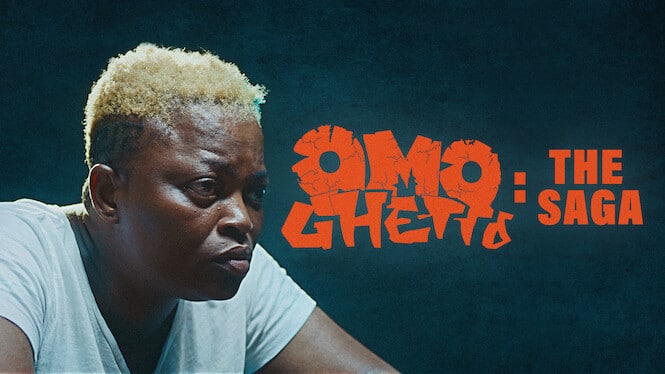 Funke Akindele’s ‘Omo Ghetto: The Saga’ isn’t what it has been marketed to be, it’s more. The film, co-directed by Akindele and her husband, JJC Skillz was crafted to become a blockbuster. It has all the elements needed to make it succeed at the box office. The nostalgia of a sequel to a classic trilogy, an impressive cast, topnotch production, and most importantly, a familiar but compelling story.

The film, a follow-up to the Omo Ghetto franchise of the early 2010s builds upon the previous storyline which involves a twin with contrasting lifestyles. One is refined, educated, and sophisticated. She delivers motivational speeches to young girls with finesse. The other is the Queen of the Ghetto, the leader of the Askamaya Bees. Apparently, she gives speeches too, that too with a heightened level of braggadocio that is potent enough to make one shift grounds but hers is only to demand for her ‘rights’ and that of her gang from people who’d come to erect a mast in her hood.

This story isn’t entirely different. As a producer and as an actor, Akindele has been there before. She had a similar story in earlier offerings of the Omo Ghetto franchise. As a character, Lefty, essayed by herself hasn’t changed. What has however significantly changed is the environment that the movie is set in. The Ghetto has evolved. Not much outside of itself but more within itself. Petty thieves and pickpockets have grown into bigger criminals as internet fraudsters. The raucousness is such that the subtle mention of ‘popo’, the ghetto’s way of saying police will get everyone running helter-skelter.

As directors, Funke Akindele and JJC Skills thrust you into this raucousness from the very first scene of the film which involves a chase sequence in Askamaya where the film is set in. With aerial and wide-angle shots, Director of Photography, John Hemps in the first few scenes of the film, captures the setup of Askamaya with its characteristic rustiness as a Ghetto. The gaze of his camera falls on Funke Akindele as ‘Lefty’ who pitches herself at the centre of the film with subtle notoriety.

In ‘Omo Ghetto: The Saga’, Lefty is the hero. She goes about helping the less privileged. She would destroy drugs found on a young boy citing that he was too young to be peddling drugs even after protecting him from the police. Such was the aura of her heroism but it is a feat constantly in conflict with the position of her adopted mother and her twin sister. Hence, they and her beau, Femi Stone, a yahoo boy beautifully essayed by Deyemi Okanlawon, are her weakness.

The first half of the film might bore you for overstretching the introduction and establishment of each of the characters. The screenplay almost went tacky for justifying the typical need for comic infusion in a Nollywood film. You can’t help it in a film like this. It’s thrilling to watch, not forced but only overplayed. However, you will be jolted into the reality of the film the moments it starts to establish the nexus between gangsterism, hedonism, drugs, prostitution, internet fraud, corruption in the police force and how they co-exist in the slums.

There’s also the depiction of intense loyalty that comes with running a circus-like this. You see it in Lefty’s gang, the Askamaya Bees comprising of the delectable Chioma Akpotha as Chomichoko, Bimbo Thomas as Nicky and Eniola Badmus as Busty. You can also feel it among Deyemi Okanlawon’s circle of co-fraudsters, Alex Ekubo as Obi Wire, Akah Nnani as Mario and Zubby Micheal who perfectly captures the belligerence of Azaman as the right-hand to Deyemi Okanlawon’s Stone. The scene of the grandstanding he had with Chomichoko after Stone announced his breakup with Lefty is so delightful to watch.

This is one of the high points of the film. As central as Deyemi Okanlawon and Funke Akindele’s characters are, they don’t outshine the rest of the cast. The film is star-studded which could be a turn-off for a lot of people given what we know about Nollywood and its penchant for wasting screenplay in justifying the presence of numerous star-cast like Samuel Olatunji did in ‘Dear Affy’. Even Timini Egbuson, who featured in just about two scenes in the film had his moments.

Meanwhile, whether as the gangster Lefty (Shalewa) or as the more cultured, Ayomide, Funke Akindele will blow your mind. She particularly expends a lot more of her acting prowess in bringing Lefty’s character to life and reflecting the human side of the gangster on celluloid. Lefty’s longing for her sister when she was kidnapped screams class. Her concern for the safety of the team who came to help her in the rescue of the twin sister reflects a character that is as emotional and she is a rascal. That emotion tugs at your heart and makes you feel for her till the end of the film.

If anything, ‘Omo Ghetto: The Saga’ is an ode to gangsterism in the slums. It celebrates ruggedness and being street. It doesn’t criminalize it; more so because its lead character has self-righteousness at her core, has a father who himself is rooted in the street. He’s called ‘Baba oni Baba’ and played by the legendary Adebayo Salami who has carried on the role from the first installment of the franchise about a decade ago.

The fighting sequence at the climax of the film is fun to watch. It’s better than most that we’ve seen in recent times including the silly one in AY Makun’s ‘Merry Men 2: Another Mission’. However, it takes more than whizzing punches and WWE-style jumps with an incoherent background score to create a fighting sequence. It could have been better choreographed.

Nonetheless, Funke Akindele’s versatility has really never been disputed in the Nigerian film industry. You could only add that it has grown in bounds over the past few years. From pulling off the silliest scenes in home videos and graduating onto the big screens, then marking her directorial presence on ‘Your Excellency’, Akindele, you would think has done it all. 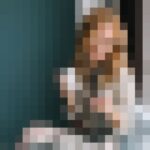 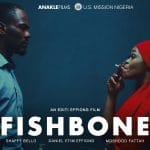