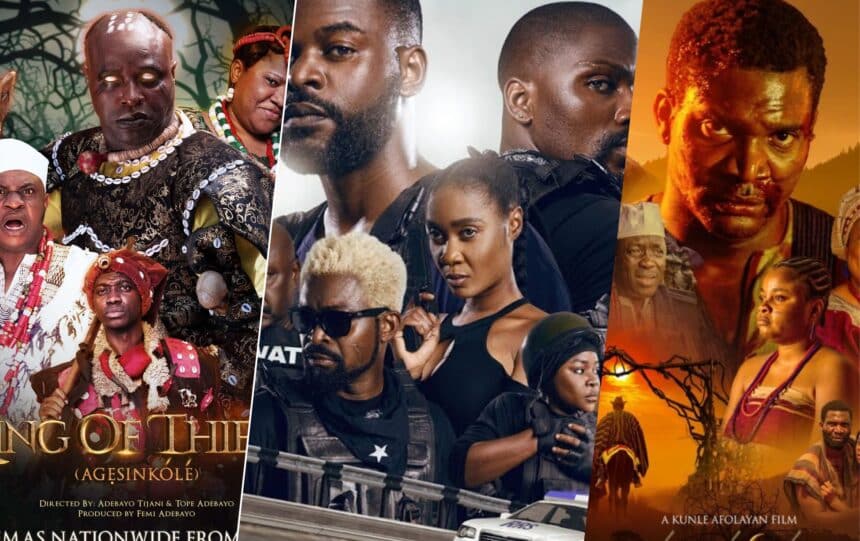 The Nigerian film industry, known as Nollywood, made the year 2022 an interesting one for movie lovers and more importantly proved to be one of the best film industries in the world.

With the growing attention of international streaming platforms like Netflix, Showmax and Amazon Prime Videos, filmmakers have saddled themselves with telling stories that are not far from home.

Taking a trip down memory lane, the Nigerian film industry witnessing magnificent growth in 2022, with the top Nollywood movies of 2022.

After years of fighting to survive on the streets of Lagos, two brothers fall on opposite sides of the law. The bonds of brotherhood are put to the ultimate test as one joins a Taskforce that hunts down the other and his gang.

‘Brotherhood’ is currently streaming in cinemas.

After an affair with the king’s wife leads to his demise, a zealous traveller encounters a mystical bird with the power to give him another chance.

‘Aníkúlápó’ is currently streaming on Netflix.

TFC Lists: 5 Nollywood Movies to Stream this Weekend
Next Article