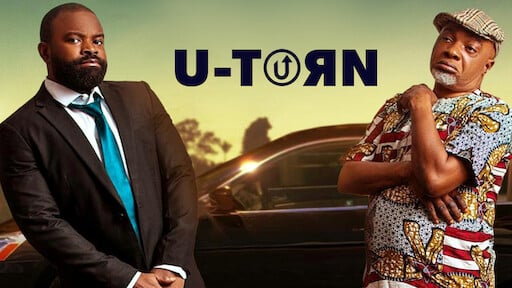 For the years I have had the prime consciousness of understanding the difference between “right” and “left”, my family has never engaged at the end of year migration. Tagged the “ember” months – September, October, November and December – the quartet attracted its name for its wide range of adverse stories it hoards. Kayode Kasum’s Soole is not set in these months but has the intention of nudging one’s fright for commercial buses because these months are filled with travel and of course, busses will be boarded.

The hiatus from jobs and businesses, getting distant from known friends and neighbours, with the intention of meeting those you last saw and shared words with the previous year, hasn’t been a familial experience. However, news stories and accounts that bear a surge of a dirge – the names of families lost to bullets, careless driving and bumpy road – having high statistics in these months always stay with me.

Thus, it became a fact to me that these months are filled with gloomy stories. These strings of thoughts settle in me as I prepped myself to watch the Gabriel Afolayan’s directed U-Turn. In a trial, the broadcasters’ words (Olaide Charis and Boluwatife Olorunniyi) initially align with my thoughts and expectations. Not long after though comes the U-Turn, and the film’s plot seems to have another intention.

Chukwu, played by Gabriel Afolayan, a lone traveller marked out by the briefcase that refuses to leave his hand, boards Mr. Kamoru’s, played by Ebun Oloyede, cab to Ibadan. An unfair bargain is made. Kamoru giggles. Chukwu, a possible car hijacker, is conceived of Kamoru’s folly. With the driver’s and the passenger’s intentions hidden from each, the journey begins. It is during this journey that intents change and a bond of friendship ignites.

The road to Ibadan is paved with good intentions but with strings of bad, dark intents: The police officers. Quite unlike the Nigerian Police Officers, you are familiar with, these ones, led by Tina Mba, have no interest in attracting crumbs to their pockets.

The effect of cigarettes nibbling away from Chukwu’s mouth is preached by Kamoru. And like every liable smoker, the flame of response is ignited aptly. Chukwu’s response is concerned with Kamoru’s habit of eating bitter kola and its storeroom of hazards.

The conversation is paired between abusive and derogatory sequences of Yoruba words and Pidgin English. Kamoru uses abusive words due to Chukwu’s lack of Yoruba competence. This exemplifies how reeked and deep Nigerians are in tribalism. A Nigerian man to another Nigerian man is a potential scam option. Once his accent disagrees with ours, his face is bare of marks, and his clothing secrets close to wealth, he is apt for a scam.  But the urge to scam reduces in a scammer once some indicators of kinship start to flicker like religious affinity, language, facial or body marks. A truce is declared. Chukwu utters some Yoruba expressions and that sets out to be the first indicator of truce, the first indicator of friendship between this pair.

And while the film’s camera work, handled by David Wyte with his intimate aerial camera, gives a tourist view of the beautiful landscape, and Taiwo Omowuni’s editing aligned with these shots as the actions unfold, the bane of the workload lies on the two itinerant and variant conversations they will have and won’t have.

Gabriel Afolayan clearly cues production lessons from Kunle Afolayan. In directing and demonstrating writing efficacy, joining the film’s 4-man writing team as the credit roll shows, U-Turn with Gabriel as its captain seems to lose hold of its point destination. As situation demands and detours are taken, so does U-Turn. The detours become so enormous one loses the clue of its destination.

Either the strings of relevancy aren’t presented early enough in the plot or the plot becomes burdened with the responsibility of moving with the noose of relevancy, it’s unclear. Nothing is clear. What, however, is clear is that the film intends to remind us of its underlying message if we could call it one: goodness exists in a cycle and its location isn’t far from you. Do good, we are told. 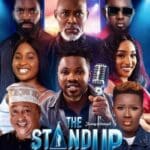 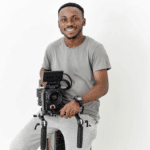