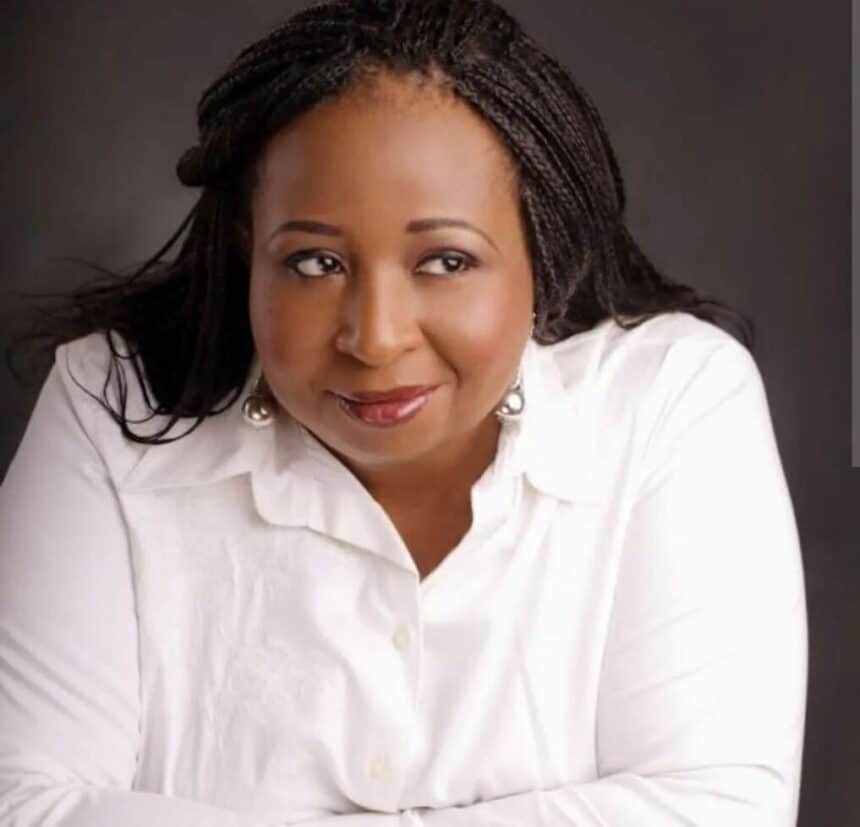 The family of the founder of the Africa Movie Academy Awards (AMAA), Peace Anyiam-Osigwe, has released an official statement following her shocking death.

She reportedly passed away at St. Nicolas Hospital, Lagos, on Tuesday, January 10, 2023, after being in a coma since Saturday, January 7.

The “queen of Nollywood films,” Peace Anyiam-Osigwe, was a Nigerian director and entertainment executive. She was a trailblazer in introducing Nollywood movies to foreign film festivals, according to The Guardian.

She helmed P-Square’s debut music video, which is a hip-hop phenomenon. She received a Member of the Order of the Federal Republic award from the Nigerian government in 2012 for her work in the entertainment sector. She is a fellow of TED.

The official statement, which is titled ‘Peace Maria Ogechi Anyiam-Osigwe: An epitome of creative transcendence,’ reads:

“The Emmanuel Onyechere Osigwe Anyiam-Osigwe clan in thanksgiving to God and in the belief that God is good and everything He does is good and in accordance with His divine will, pattern and plan, announce the passing to eternal glory of our illustrious beloved daughter, sister, aunt and great aunt Ms. Peace Maria Ogechi Anyiam-Osigwe (MFR)

“Peace, the Ada of the Anyiam-Osigwe family, was an outstanding personality, trailblazer, titan, pathfinder, go-getter, humanitarian, one-of-a-kind creative, and visionary leader in the film and television industry. Peace left indelible imprints on the sands of time.

“We as a family and clan will continue do all that is necessary to ensure that her legacy lives on – the Africa Movie Academy Awards and the Africa Film Academy, along with their training programmes across Nigeria and the African continent will carry on seamlessly by institutions she set up and with the full support of the Osigwe Anyiam-Osigwe Foundation and other Institutions and Government Agencies whith whom she has worked over the years.* Her numerous charities across different religious denominations and other communities will also be continued.

“We will miss the love and companionship we shared with her and we pray “that your Chi guide you on the path to God’s everlasting love into the light of his consciousness.”

“We also pray God our Father of all mercies to grant you eternal rest in his heavenly kingdom where his perpetual light will continue to shine on . We believe you are alive in the life of God because as our father said “all is life and life alone”. And you continue to live in the hearts of all who love you.

“The family will announce the details of her rites of passage in due course. Meanwhile, the Family respectfully asks, at this time, for the public to respect the privacy of the family as we contemplate God’s love for his children.