Amazon Prime Video today announced the launch of the localized version of its streaming service in Nigeria.

The streaming platform ordered the Nigerian originals “Gangs of Lagos” and “LOL: Last One Laughing Naija,” and opened up local currency services for the platform in the country.

The pair of productions mark the first originals for Prime Video in Nigeria, which is a key, established entertainment market for the streamers in Africa.

Crime thriller “Gangs of Lagos,” which will launch on the streaming service later this year, is a high-stakes action-crime thriller that follows a group of friends who each have to navigate their own destiny, growing up on the bustling streets and neighbourhood of Isale Eko, Lagos.

The show stars Tobi Bakre, Adesua Etomi-Wellington and Chiké. “Gangs of Lagos” is directed and produced by Jade Osiberu, produced by Kemi Lala Akindoju and co-produced by Akin Omotoso.

Meanwhile, “LOL: Last One Laughing Naija” is a local adaptation of the wide-traveling Amazon original. The unscripted series finds a group of comedians competing to be the “last one laughing.” The show is hosted by the comedian and entertainer Basketmouth, who will pit 10 famous Nigerian comedians against one another to see who will ultimately win by keeping a straight face.9

“LOL: Last One Laughing Naija” is filmed and produced in Nigeria by Livespot360. It follows the success of the format, which has already launched in Japan, Mexico, Brazil, Australia, India, Canada, Germany, France, Italy and Spain. The show will launch next year.

I’m super excited to announce LOL:
Last One Laughing Naija is coming to @PrimeVideoNaija with me as the host!

Both local productions build on recent film deals, including an exclusive commissioning slate deal with Nemsia Films for three feature films, beginning with “Breath of Life,” launching next year.

Elsewhere, customers in Nigeria can now sign up to Prime Video in the local currency, the Naira. A Prime Video membership will cost 2,300 NGN ($5.50) per month. Alongside the offering, and to help draw customers, the SVOD has also launched its first locally developed marketing campaign in Nigeria.

“We’re delighted to be increasing our investment in Prime Video for customers in Nigeria, making it a truly localized experience,” said Josh McIvor, director of international expansion at Prime Video. “From local payment and a full-scale local marketing campaign, to more local content specifically for Nigerian customers, our investment in Nigeria is a significant step towards our broader expansion plans in Africa and our ambition to be the most local of global streaming services.”

The Head of Nigerian originals at Prime Video, Wangi Mba-Uzoukwu said: “We know our customers want to see locally relevant faces, places, and stories alongside our global content on Prime Video, so we’re excited to be bringing Nigerian customers these brand-new local Amazon originals, ‘Gangs of Lagos’ and ‘LOL: Last One Laughing Naija,’ which will complement our growing selection of Nollywood and African series and movies. The news signals our continued commitment to the Nigerian TV and film industry, bringing the very best of authentic, homegrown stories to not only our customers in Nigeria, but also Prime Video members around the world.” 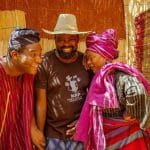 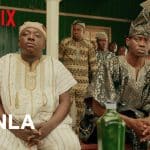